Pakistan wins five medals at 2022 Commonwealth Games is news of the day. Read out the complete details down below!

Three of Pakistan’s five medals from the Commonwealth Games 2022 were won by wrestlers. Pakistan’s wrestlers, Zaman Anwar, Inam Butt, and Inayatullah, made Pakistanis happy on Friday, August 5. In the 65 kg men’s freestyle wrestling event, Inayatullah beat Scotland’s Ross Connelly to win the bronze medal for his country. After 3 minutes and 59 seconds, he was named the winner of the competition because he was the best at using the equipment. Inam Butt won a silver medal in the Men’s Freestyle 86kg event after losing the final to Indian wrestler Punia.

Pakistani wrestler Zaman Anwar won the Silver medal in the Men’s Freestyle 125 kg finals. This was his third medal of the day. Amarveer Dhesi of Canada beat him in a tough fight, but he lost 2 to 9 and lost the match. This week, Pakistan’s weightlifter Nooh Dastagir Butt won the gold medal for his country with a lift of 405 kilogrammes that broke a Commonwealth record. People in Pakistan praised Butt, including Prime Minister Shehbaz Sharif. Pakistan’s first medalist was judoka Shah Hussain Shah, who won bronze earlier this week. When he first fought in the 90 kg weight class, he beat a South African fighter. He had only ever been in the 100kg class before. 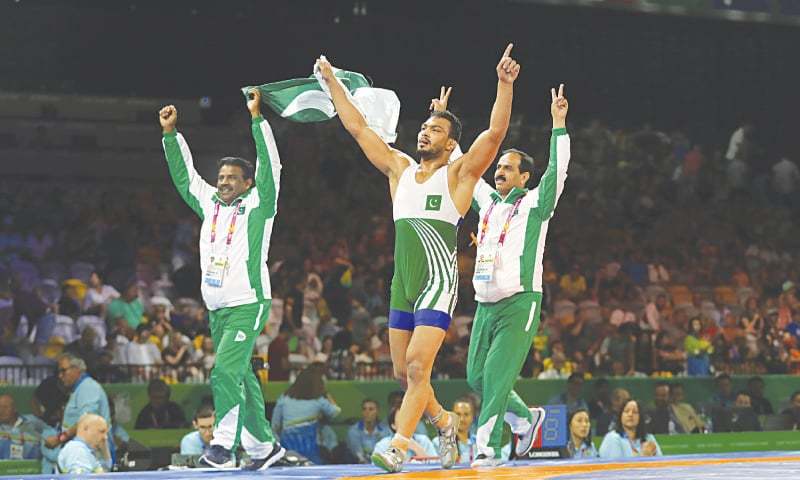