An 8-year-old fan of national team captain Babar Azam wrote a letter to him on the performance of the Pakistan cricket team in the T20 World Cup. On the social networking site Twitter, national cricket team captain Babar Azam shared a letter from 8-year-old Haroon Suria in which he ordered the national team’s performances during the T20 World Cup and autographs of all the players. 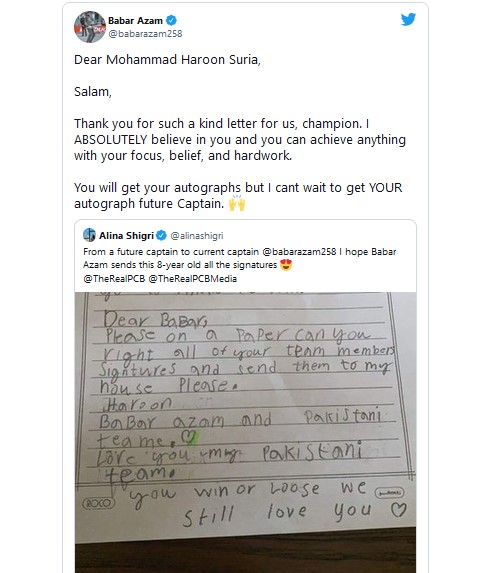 Captain Babar Azam wrote in reply to the letter of 8-year-old Haroon as well. He said, you will get the autographs of the players but I can’t wait any longer for your autographs. In his letter, Haroon Suria also expressed his determination. He said, “in future, he too will lead the Pakistan team and win the World Cup”. To which Babar Azam replied that with hard work, attention, and conviction you can achieve everything.