Weightlifter Polina Guryeva got lots of gifts like a car, apartment, and even cash for winning the first-ever Olympics medal for the country. She has been showered with love and gifts at a ceremony in the Central Asian country’s capital Ashgabat on Saturday.

Weightlifter Polina Guryeva won the only medal at the Games and the first in its history. Moreover, the honored Coach of Turkmenistan, Serdar Berdymukhamedov handed over gift boxes to her and congratulated her for the achievement. He said,

“I cordially congratulate you on this significant event, testifying to the growth of the authority of independent Turkmenistan in the international sporting space,” Berdymukhamedov told Guryeva.

He said her victory “increased the world fame, prestige and authority of the sovereign homeland and the Turkmen people.”

“I dedicate this medal to our president and the Turkmen people in honour of the 30th anniversary of the independence of Turkmenistan,” Guryeva said. 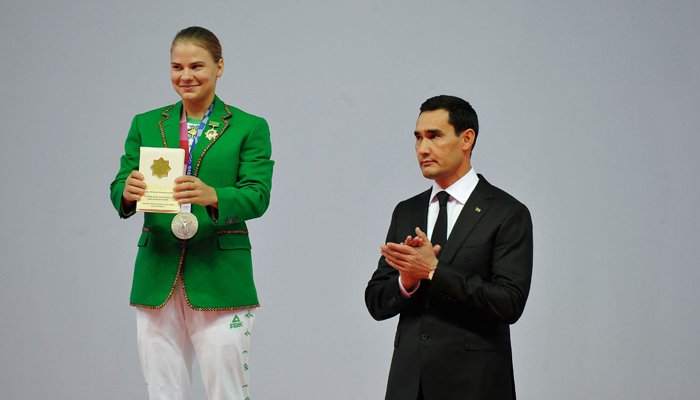 What do you think about this news? So, share your thoughts with us in the comment box down below, right now! Feel free to ask any queries. Also, stay tuned for more news and updates.