Pakistan Super League (PSL) season 7 has one month left to start. On this occasion, teams of Karachi and Lahore can change their captains to increase the interest of cricket fans. The PSL 7 edition is expected to take place in January next year. While the process of drafting the players will start in mid-December.

Teams of Karachi and Lahore can change their captains

The popular PSL franchise Karachi Kings has announced to give big news to its fans on social media soon while some Twitter users have speculated that Karachi Kings is going to name a new captain this season who may be Babar Azam.

On the other hand, Lahore Qalandars captain Sohail Khan has also failed to change the fate of the team due to which the management is looking for a new captain. The Lahore Qalandars team is considering making Shaheen Shah Afridi the captain. 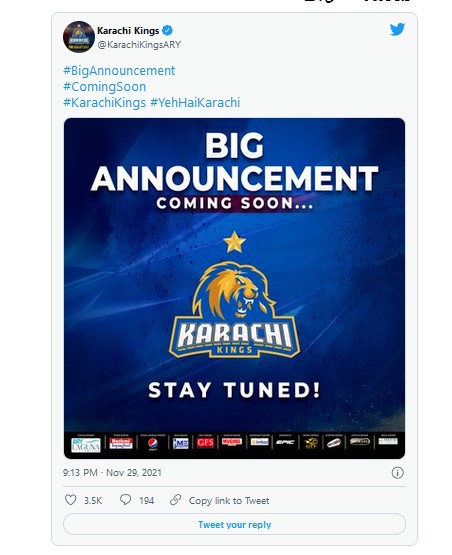