Shoaib Akhtar praises Babar Azam’s century is news of the day. Read out the complete details down below.

Shoaib Akhtar, a famous pacer, said that Pakistan’s captain Babar Azam’s hundred against Sri Lanka was “special” because Azam led from the front. On the second day of the first Test at Galle International Stadium, Babar hit an amazing 119 runs before Sri Lanka knocked out Green Shirts for 218. The former pacer wrote on Twitter, “Babar’s 100 yesterday was unusual and happened in very special circumstances.” Because things were hard in Sri Lanka, the captain had to bat with the tail for a long time.

“What a great talent he has!” said Shoaib Akhtar. Azam and Naseem Shah put together 70 runs at the tenth wicket, bringing the tourists to within four runs of Sri Lanka’s score of 222. Azam got his seventh Test century when he hit Maheesh Theekshana for a four and a single. Pakistan’s innings ended with a loss of wickets. The last three wickets for Pakistan went for 133 runs, thanks in large part to the work of Azam, Yasir Shah (18), Hasan Ali (17), and Naseem. As the 11th batter, most of the balls didn’t hit Naseem because Azam was so brave. With his bat, he hit quick bowler Kasun Rajitha for three straight boundaries. He then hit Theekshana and Jayasuriya for six and four, respectively.

Babar’s 100 yesterday was unique & in exceptional circumstances. Batting with tail for so long being a captain in tough Sri Lankan conditions is no small feat. What a talent he is, tweeted Shoaib Akhtar. 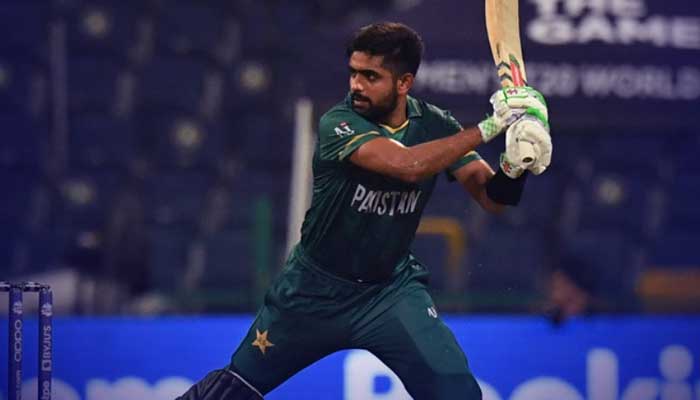