During the match against Bangladesh, the national cricket team’s league spinner Shadab khan’s Tweet went viral. He shared a picture on social media of Najam Hussain Shanto catching a brilliant catch on his hair. On the social networking site Twitter, he posted a picture of himself catching and congratulating the national team on its victory in the second T20 against Bangladesh, addressing Babar Azam and writing that he has not grown up yet. 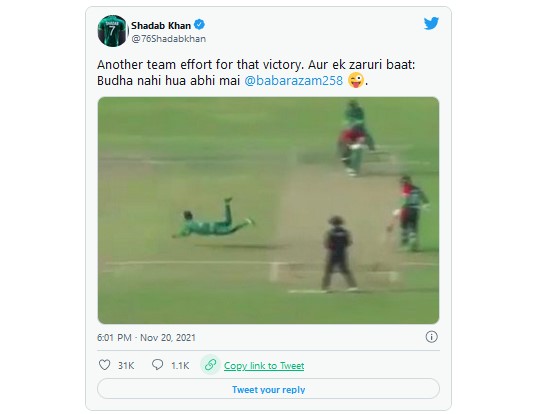 Earlier, during the practice match against West Indies in the T20 World Cup, when Shadab Khan tried unsuccessfully to run out, Babar Azam scolded him and said that he has grown up yet.