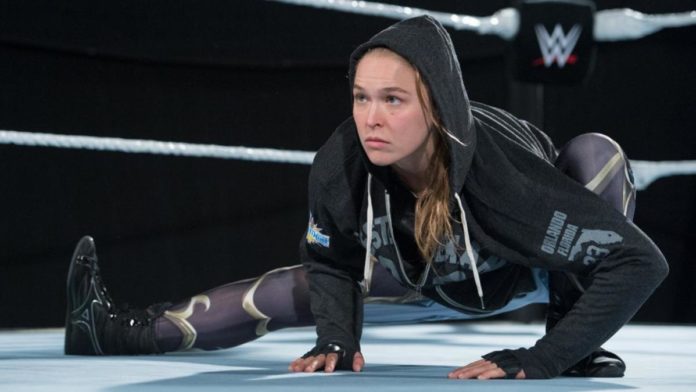 Ronda Rousey describes her journey to WrestleMania 34 is news of the day. Read out the complete details down below with us!

In this post, we have gathered all the official statements of the famous Ronda Rousey that have described her journey to WrestleMania 34. No doubt it was something quite difficult but she managed to get done with it so beautifully. “I hit Triple H up and was like, ‘It’s my bachelorette, can me and the girls — ‘the Four Horsewomen’ — come up and train at the [WWE Performance Center] for like a week. So, then we’ll jump in the RV and drive with the Cruise America back to L.A?'” Rousey told CBS Sports last week.

“It wasn’t like I had an epiphany moment [about signing with WWE]. We just had a really good time all week, and by the time I pulled up to L.A. I was just like, ‘Wow, that was so cool. Imagine what it would be like if we could do that all the time?’ I think when it was over and I didn’t want it to be over, that’s when I knew that I wanted to be back.”

“I will say that from the athletic standpoint. So, I don’t know that I’ve ever seen anybody pick it up faster other than Kurt Angle,” Levesque. “She is an amazing athlete with laser focus. When there is a goal in front of her and something she wants to hit, she is like a machine. You really have to tell her to stop because she will just keep going because she’s driven. And that’s awesome.”