Read out the exclusive details about how Quetta Gladiators won by 5 wickets in the IU vs QG for PSL 7 down below with us!

Jason Roy and Sarfaraz Ahmed completed their century and they contributed much to the victory of their team. Quetta Gladiators had won the toss and chose to bowl first. Then they achieved the target of 199 runs by 5 wickets. This is a great moment for QG as this match was very important for the purple force. 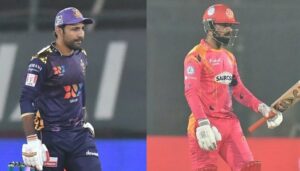