The Pakistan Football Federation (PFF) saw what happened in the Philippines and decided to improve the women’s national football team by adding players with dual citizenship or Pakistani roots who live in other countries. According to reliable reports, the PFF has reached out to more than a dozen female players in the United Kingdom, Greece, the United States, and the United Arab Emirates to see if they are interested in playing for Pakistan internationally. FIFA rules say that people with two citizenship can play for either their home country or the country where they were born in international competitions.

According to the sources, two players have said that they are ready to play for Pakistan. Thanks to a few foreign players, the Philippines qualified for the FIFA World Cup for the first time in their history. The Philippines made history when they qualified for the FIFA Women’s World Cup with a team that included 12 players from the US, 3 from the UK, and 2 from Japan. Only six natives made up their whole team.

For instance, Maria Khan, who now lives in the United Arab Emirates, played in Pakistan’s National Women’s Football Championship. Next month is the SAFF Football Championship, and Maria has been asked to join the Pakistan camp. She is ready to play for her country. Nadia Khan, who plays for Doncaster Rovers in the UK, has also said she wants to play on the field for Pakistan. Still, it’s unclear how much she will be able to attend the SAFF tournament. The footballer reached out to a player in the UK named Maryam Mahmood, who is currently on the West Brom women’s team but could be on the Pakistani national team as soon as 2019.

The federation also talked to other players, like Samaira Khan of Actonians, Shakeela Hussain of Stevenage, and Layla Banaras of Birmingham City. Aqsa Mushtaq, who plays for Aventes Chalkida, was also contacted by the Greek Football Federation. The award is also open to Aaliya Scott and Kayla Siddiqi, two American athletes who may be on PFF’s radar but haven’t been contacted yet. 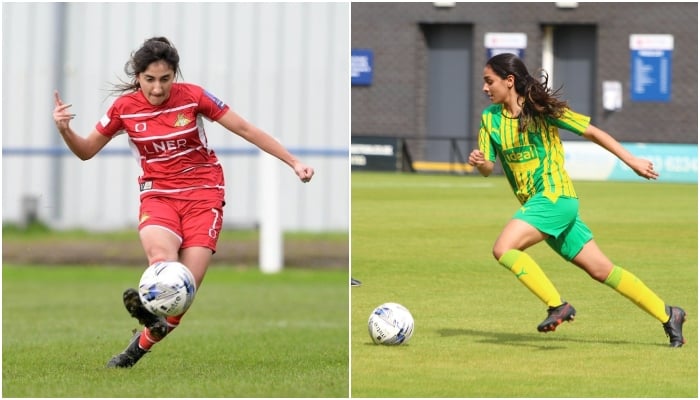