India beat Pakistan in a low-scoring game on Sunday in Pak vs Ind Asia Cup match at the Dubai Cricket Stadium in the United Arab Emirates. This was to make up for their T20 World Cup loss (UAE). Even though they lost their top-order batters early on, Hardik Pandya and Ravindra Jadeja led the team to a five-wicket win as they chased the 148-run goal in 19.4 overs.

Earlier, Pakistan’s batting order failed, giving India an impossible goal of 148 runs in a game with a lot at stake. Within the first 12 overs, Pakistan’s captain Babar Azam (10), vice-captain Fakhar Zaman (10), and top batsman Iftikhar Ahmed (28) were all bowled out, but Mohammad Rizwan kept fighting to save his team. Rizwan, who was 43 at the time, was sent back to the pavilion by Hardik Pandya.

The next batters tried to get back into the game, but no one really stepped up to the plate. Before Pakistan lost their last wicket, they had scored 147 runs. This happened after 19.5 overs. Naseem Shah, Pakistan’s newest fast bowling star, made his Asia Cup 2022 debut against India on Sunday. His first over was very fiery, which made an immediate impact. On his second ball, Shah sent KL Rahul straight to the wickets when an inside edge hit the stumps. Shah’s speed and length made it clear that the Indian batsman was scared. Not only that, but he almost got Virat Kohli’s wicket on the fourth ball of the over, but Fakhar Zaman missed a hard chance in the third slip.

Still, the Pakistanis had nothing but good things to say about young Naseem Shah after the first over of the Indian innings in the most important game between the two teams gave them chills. The Pakistani team had to bowl the last three overs with five fielders in the batting circle because they went over their allotted number of overs. 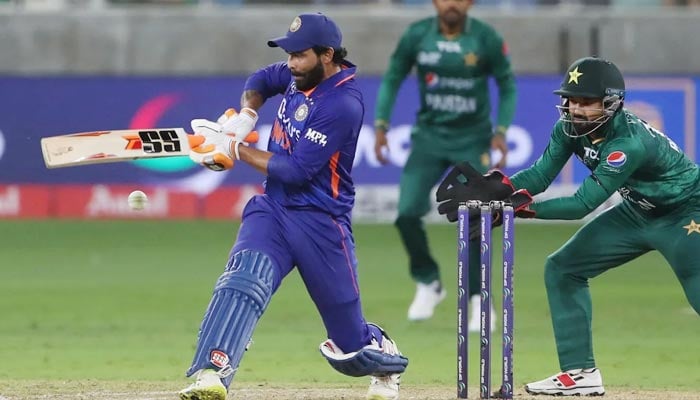