When Omar Khalid Hussain made the cut in the 74th US Junior Amateur Golf Championship at Bandon Dunes, Oregon, on Wednesday. Also, he made history as the first Pakistani golfer to do so. Furthermore, 18-year-old Omar performed admirably in the final two rounds of stroke play. At the windy Bandon Dune course, he shot a two-under-par 70 with seven birdies. Omar’s two-day total of 143 includes a score of 73 at Bandon Trails on Tuesday. Thus, it was enough to make the cut. When Yashal Shah, from the same nation as Omar’s father, shot 77 in the second round at Bandon Dunes. Also he was eliminated from contention to play in the matchplay portion. It is considered the world’s most renowned junior golf competition. Omar Khalid makes US Junior Amateur cut is news of the day. Read out the complete details down below.

Omar had to finish in the top 64 of a field of 264 top-ranked juniors from 25 countries in order to advance to match play. After 36 holes, he tied for 48th position with an even-par total. It was decided at 1-over-par 144 that the match play cut had been made. Omar attends Nixor College in Karachi, where he studies A-levels. He made seven birdies, three bogeys, and a double bogey in his round. He made birdies on holes 3, 7, 8, 10, 13, 16, and 18. It was a risky move, but Omar knew he needed to take it if he wanted to make the team.

He was the youngest winner of the Pakistan Amateur Golf Championship at the age of 16. According to the United States Golf Association (USGA), home of the US Open. Thus several other renowned tournaments, Keaton Vo, a US golfer, won the stroke play portion of the competition with the highest overall score. With a score of 65, he tied the course record for a 36-hole total of 9 under 134 at Bandon Dunes.

Plus, the second round was delayed by two and a half hours due to thick fog that made several holes appear impassable. After shooting a 71 at Bandon Dunes, Nick Dunlap of the United States qualified for the match play portion of the tournament with a 36-hole total of 141. Last year, Luke Potter and Luke Clanton, both from the United States, qualified for the semi-finals with scores of 138 and 142. The cut-off for match play was set at 1-over-par 144. To determine the final five slots in the matchplay draw, the eleven players who finished one over par will face off 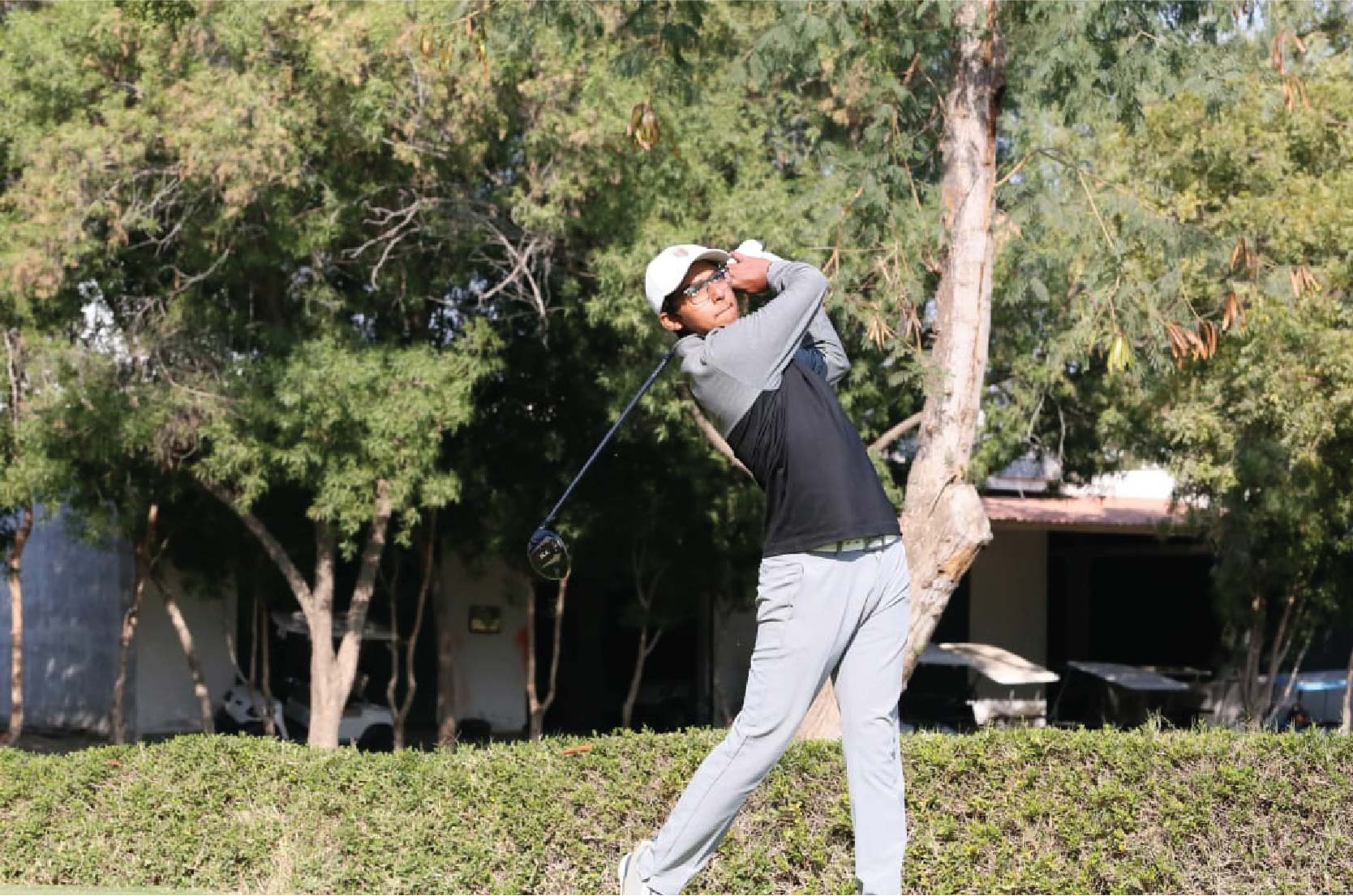 “The conditions were quite challenging. I knew that to make the cut I had to take my chances,” Omar said. “So, the tee-offs were delayed for more than two hours due to heavy fog but once the round began I was completely focussed on giving my best.”

“Plus Omar Khalid Hussain, 18, became the first golfer from Pakistan to make a cut in any USGA championship. Hussain, who competed in this year’s British Amateur, posted an even-par total of 143. Two years ago, he became the youngest winner of the Pakistan Amateur at 16,” the USGA, which hosts several prestigious championships including the US Open, posted on its website.

Omar will face Caden Pinckes of the United States in the round of 64. Stroke play rounds went well for Pinckes, a seasoned golfer, who finished with 138. (-5). Omar is the first person to ever advance to the knockout stage of the tournament. This was made crystal clear on the official USGA website by the USGA itself. “Thereforse 18-year-old Omar Khalid Hussain is the first Pakistani golfer to reach the cut at a USGA tournament. So, in the British Amateur this year, Hussain shot 143, which was even.