Mountaineer Abdul Joshi raises Pakistani flag on Mount Everest is news of the day. Read out the complete details down below with us!

Abdul Joshi, from Hunza, climbed Mount Everest, the highest point in the world, on Monday and raised the Pakistani flag in victory. Joshi, a 38-year-old Nepalese climber, started his final climb from Camp 4 at about 9 p.m. PKT on Saturday. Also, He reached the top of the mountain at about 5 a.m. PKT on Sunday. On Joshi’s Facebook page, it was said that the summit would happen. Thus, It started on April 22 and ended when they reached Camp 4 on May 15. He is the eighth person from Pakistan to reach the top of Everest.

Mirza Ali Baig and his wife Samina Baig and Nazir Sabir, Abdul Jabbar Bhatti, Hassan Sadpara, and Shehroze Kasif are among the other people who have reached the top of Mount Everest. Also, In April of last year, Sirbaz Khan and Joshi reached the 8,091-meter Annapurna peak. Plus, He first did climb Manglik Sar, which is 6,050 meters high. He was the center of attention during the first successful climb up Passu Cones. Climbers think Joshi is one of the best in the country, but he likes to climb peaks that haven’t been climbed before and find new ways to get to the top. Plus, Joshi is likely to come back to the camp on May 18. 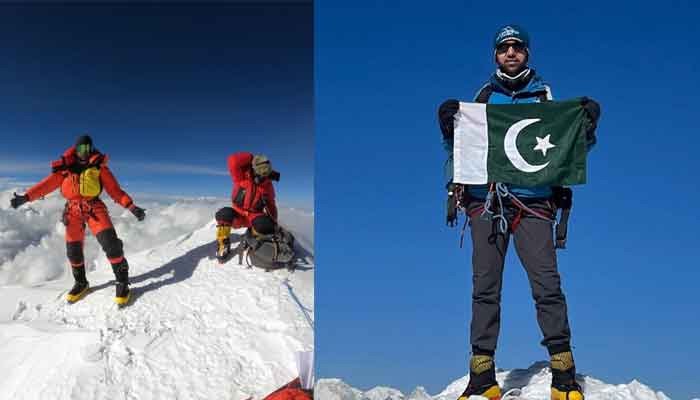