Read out complete details about Mas-Wrestling World Championship 2022 down below with us!

At the end of Russia’s fourth Mas-Wrestling World Championship, Pakistani wrestlers took home one silver and two bronze medals. Nawab Furqan Khan, the head of the Pakistan Mas-Wrestling Federation, said that Russia’s Nikanorov Valery beat Pakistan’s Ali Azhar in the final of the 70 kg weight class. The silver medal went to Ali Azhar. Shiraz Ali and Muhammad Alam, two other competitors, both won bronze medals at the end of their events. Waqas Afzal Bhatti and Muhammad Saad from Pakistan won silver medals on Thursday. Pakistan now has five medals from the championship, three of which are silver and two of which are bronze. Pakistan got 34 points in the championship, which put them in third place out of 45 teams. Eleven people from Pakistan, including one woman, competed in different weight categories. 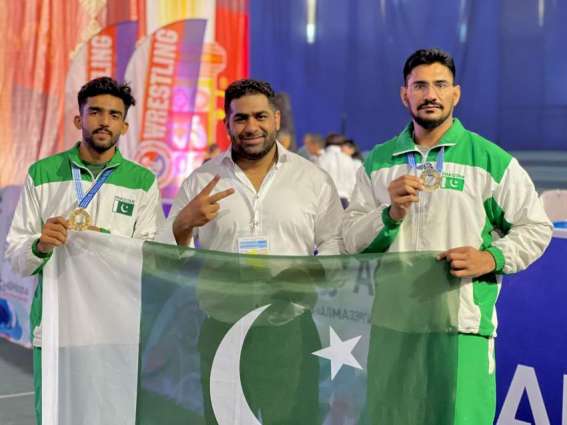