Veteran Bangladesh all-rounder Mahmudullah Riyad continued his cricket career for consecutive 12 years and now he retires himself. Bangladesh’s Mahmudullah retires from Test is news of the day. Read out the complete details down below with us!

The great cricketer of the Bangladesh cricket team, Mahmudullah has recently announced his retirement news from the test format matches. He will be no longer playing any of the test matches. Also, he is one of the finest players in the world. The cricketer is known worldwide for his utmost cricket skills and passion. Veteran Bangladesh all-rounder Mahmudullah Riyad continued his cricket career for consecutive 12 years and now he retires himself.

The 35-year-old cricketer has always proved himself on the cricket field. He started his cricket career in 2009 in the test matches. He also remained captain of the Bangladesh cricket team for the six test matches. Till now he has scored five centuries and 16 fifties and took unexceptional 43 wickets.

I am officially announcing my retirement from test cricket. I received the Man of the match award both in my debut & the last test match. Alhamdulillah, It has been a wonderful journey in test cricket. I would like to thank my family, teammates, coaches & BCB for their support. “Although I am retiring from Tests, I will still be playing ODIs and T20 internationals and really looking forward to continuing giving my best for my country in white-ball cricket,” says Mahmuduallah.

“I want to extend my gratitude to the BCB President for supporting me when I returned to the Test team. I thank my teammates and the support staff for always encouraging me and believing in my ability. It has been an absolute honor and privilege to play Test cricket for Bangladesh and I will cherish the many memories.

“Leaving a format of which I have been a part of for such a long time is not easy. I had always thought of going on a high and I believe this is the right time to end my Test career.” 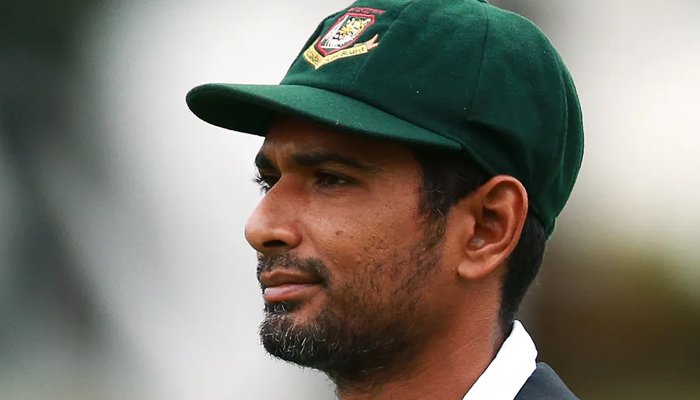