An 18-member national squad has been announced for the three-match T20 series against Bangladesh. The three matches of the series will be played on November 19, 20, and 22 in Dhaka. Only one change has been made in the national squad for the ICC Men’s T20 World Cup. Mohammad Hafeez, after talking to chief selector Mohammad Waseem, has decided not to participate in the series to give young players a chance to showcase their talents.

Apart from young batsmen Haider Ali and Khushdal Shah, in-form batsman, Iftikhar Ahmed has been made part of the middle-order batting line-up. The national Test squad for the two-Test matches included in the tour will be announced later. Meanwhile, the Pakistan Cricket Board has decided to retain all team management except batting consultant Matthew Hayden. Matthew Hayden’s engagements were pre-arranged. 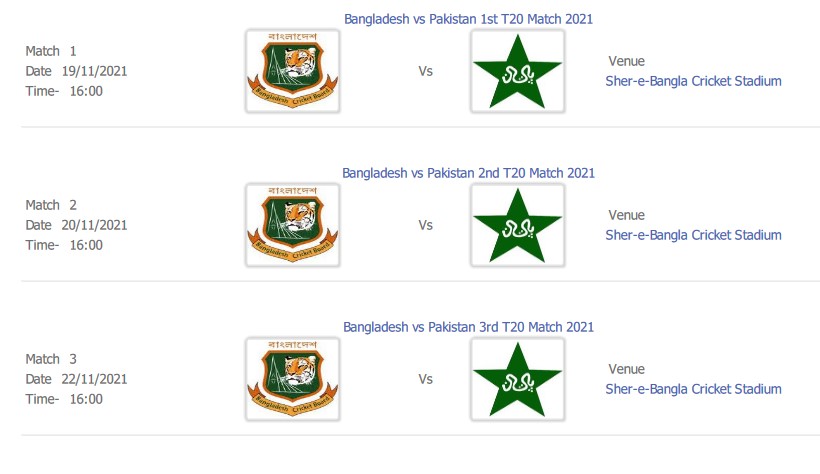 Everyone is looking forward to these matches, So are we!